Iceberg Day, 2nd Wednesday of January – The purpose of this holiday is to focus on winter games and frolicking in the snow. 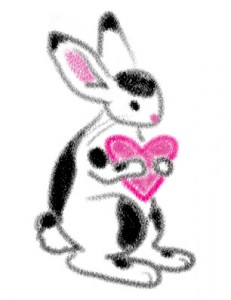 Hugging Day, February 9th – A celebration of hugging. In past years, Austin has often brought out the multiplexers for it, so we’ve celebrated it by adding extra limbs, the better to hug with.

Morality Day, Fourth Monday of February – A day to encourage people to think about morality.

Shiny Day, March 17th – A celebration of shininess, typically celebrated with a ball or dance of some sort.  People usually decorate themselves with shiny things.

Love Day, April 10th – A day to talk about the things one loves with the people one loves.

Day of Remembrance, May 30th – A day to reflect on folks who have departed.  Usually celebrated with a gathering at the Plaza and people taking turns talking about the lost folks, sharing anecdotes and so on.

Festival of Cuteness, Third Tuesday in June – This popular holiday is celebrated with parades, dancing, karaoke, and various “cuteness competitions”.

Expanding Horizons Day, July 14th – This holiday celebrates the storming of the Bastille, and is also a day to try new experiences and views.

Jellicle Ball, August 1st – A yearly ball for Jellicle Cats and others, hosted by Patch O’Black.

Mecha Day, Third Sunday in August – A day to showcase and celebrate robots, especially big ones.

Founder’s Day, September 28th – A day to celebrate the folks who went before us and made the world what it is.

E-Holiday, December 8th – “Everything” Holiday.   The E-Holiday is the logical-operator ‘everything’, that is, it is a day for celebrating what, and how, one wants.

Canadia Day, July 1st – A holiday of the Secret Lemur Empire, celebrating the existence of Canada.  Traditional festivities include wearing mountie hats, and standing on gourds.

Festival de Tomato, October 13th – A proposed holiday for people to assault one another with tomatoes.  Proposed independently of National Pickle Attack Month.  There’s just something about October that encourages produce fights.

Thankstaking Day, Last Wednesday in November – On Thankstaking Day, you’re allowed to keep anything that you can pick up and thank the owner for before he objects. You have to give it all back on Monday, though.